Pierce Brothers have taken their music from busking on the streets of Melbourne to the world.  Their irresistible energy and world-class live show has generated a word of mouth buzz not seen for some time. Comprising of twin brothers Jack and Pat Pierce, the multi-instrumentalists have been shaking dance floors and selling out rooms across UK, Europe, Canada, USA & their native Australia. We’re sure they’re perfect for Wickham and will be welcoming them on Saturday 4th August.   Perhaps their most noted performances in the UK were when they ‘wowed’ the Cropredy Festival in 2016 & 2017.  Check out the “didgeridoo cam” at 1:40!

Latest EP ‘The Records Were Ours’ came in at #9 on the ARIA chart after topping the iTunes charts across the globe. To celebrate the brothers are embarking on a mega World tour across Europe/UK, Australia/NZ and a lap of North America supporting Tash Sultana. 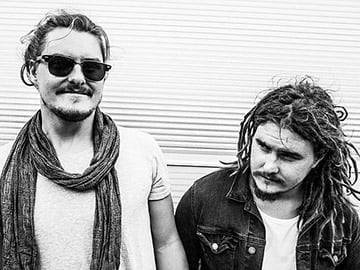