Hailing from Lancashire, Henry is a slide guitarist and harmonica player. Over the past decade he has immersed himself in the music of the Deep South of America, traditional music of the British Isles, and Indian classical music. Specializing in lap slides techniques, his Dobro playing draws together these diverse influences. His harmonica style combines country blues and folk styles with beat-boxing to create a 21st century harmonica sound heavily steeped in tradition.

Martin is a singer-songwriter and multi-instrumentalist from Devon. Writing mainly on fiddle, viola, and banjo, and drawing on the traditions of the British Isles, she has been commended by Mike Harding. 2012 saw Martin selected to be part of the National Theatre’s War Horse School, working with John Tams, Nancy Kerr, John Kirkpatrick and Chris Parkinson. She was also involved in The Nursery Rhyme Project for the Bristol Old Vic, co-writing and performing in a show exploring one of our oldest oral traditions.

The last 18 months have been their busiest to date. They recorded a concert, Live In Calstock, to make a record of their sound during these initial years; the resulting album once again went down a storm with the critics, “utterly inspired and magnificent” (Spiral Earth). They toured with folk legend Seth Lakeman. They attended Folk Alliance in Kansas City, and bookings for Canada and Australia in 2016 swiftly followed. As well as around 130 UK dates, they have also played in South Africa, France, Norway, Japan, The Netherlands, Germany, and Belgium during this period. 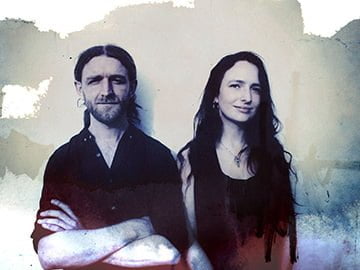