The Peatbog Faeries are a largely instrumental Celtic fusion band. Formed in 1991, they are based in Dunvegan on the Isle of Skye, Scotland.

Their music embodies many styles and influences, including folk, electronica, rock and jazz, – but their main influence is traditional celtic music. The band’s unique sound is created through a mix of programmed effects and traditional celtic arrangements, played on bagpipes, fiddles, and whistles.

This is Archie Maclean from Edinbane, Skye. He wrote the tune "The Dragons Apprentice", which appears on our Blackhouse album, when he was just 9. ... See MoreSee Less

#letthemusicplay Throughout the day, bands and folk who promote and support music will be trying to raise awareness to the current threat to the music industry and the almost complete lack of action from the government. Countries around the world, recognising their importance, are supporting the arts, while in this country very little is being done.

Here's a track from one of our last gigs, Musicport at the end of last year. We played Celtic Connections and Tradfest in Dublin last January but won't be playing again till next March - having a whole years worth of work cancelled whilst in the middle of recording a new album.

Sorry to hear that you've had to cancel the remainder of the tour, but perfectly understandable. We had tickets booked for Diss, Norfolk at the Corn Hall on Friday 23rd October. Fingers crossed that when a new date is arranged we can still make it and enjoy another fantastic evening with you guys. Take care and see you next year 🤞

I was listening to your music for a couple of hours last night, never gets old. 🍻🥃

When "Graeme's Virus" was something more pleasant!! Stay safe and healthy, folks, and looking forward to new music and gigs next year.

Have really missed you this year! Hoping for the best in 2021 - Keswick Mountain Festival? X

Look forward to your new album when it comes out. And sincerely hope we shall all be able to see you next year. Sorely missing live music.

PM’d you. I’m disappointed I’ll have to wait another year, but my sister has had a terrible time during lockdown, has no internet and really wants to see some footage of your gigs. Anyone got any suggestions how I can get something to her please? She lives 100 miles away from me and isn’t internet-savvy. She thought she’d be coming to see you in October and I had to break the news that, on top of everything else she’s had to deal with this year, it won’t be happening 😢

That was a great gig!

Done - on my page with this wee clip from KMF 😊

Hi folks, we hope everyone is doing as well as possible under the circumstances. We're doing the best we can to record an album at the moment. Using file sharing through dropbox and zoom meetings. Strange but we are making progress. The plan was a September release but that's looking increasingly impossible. It'll be done when it's done. Like most bands, our gigs are postponed for the foreseeable future. Our October tour is still on as things stand but we'll be following the recommendations of the Scottish government.

Next year, somehow, we'll have been playing as a band for 30 years! It only seems a very short time since our 25th! We hope to see you all soon. Keep the chins up folks, good times will return! ... See MoreSee Less

Peat bog faeries always our favourite act at the keswick mountain festival. You feel the music in your chest before we see you on stage. Hope to see you there next year 😊

I miss you guys, so I’ve started blaring Blackhouse out of the car windows on the occasional times I get to drive! x

So excited to see you at the Old Fruitmarket in January, but sadly the sound system let you down. Can't wait to see you again at a more intimate venue. Good luck with the new recording and hope you're all keeping well! xx

Saw you this time last year at the Whistle Festival in Bury for my husband’s birthday. Can’t believe we are a year on and so much has happened to us. Our little girl was admitted to hospital with a serious ear infection just two weeks after seeing the gig and ended up being on medication for 6 months. We had hoped that 2020 was going to be a better year but then we had lock down! We will be playing some fav Peatbog tunes when we have a family party on Sunday for this years birthday. Looking forward to the new album and another live gig soon!

30 years jeewizz we are old Innis is it that long ago since I lived on Skye. Great to hear your new recordings are coming along Stay safe love to Anna and the girls x♥️

Kendal,Settle,Staveley ! and Rothesay - looking forward to seeing you again - hope all well and keeping safe x

Doesn't time fly when you've got good music with you.

Are you havin a wee laugh there using a pic of a Virus ? :-)

Peace and love to you lot!

Is the album going to be titled Isolation or Lockdown?😂

Missing the live gigs.... Had a fix of Blackhouse today.... The Chatham Lassies followed by Strictly Sambucca... definitely lifts the spirits 😀👍

Holding on to the memory of your fantastic gig last year at Findhorn, here’s to the next one 🍻

Hope you & families are all keeping safe and well

We were so looking forward to the Inverness gathering, hope to see you soon xx

Here's hoping for a gig before too long :)

Miss you all loads ❤️🥰😍🤩 xxxxxxx 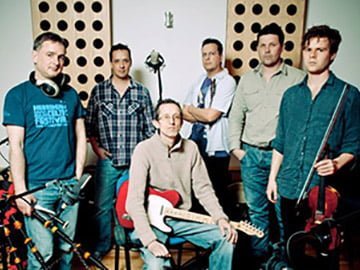