The band was originally formed in South London in 1977, by guitarist and lead vocalist Dennis Greaves.[1] Taking bassist Peter Clark with him, they recruited Kenny Bradley on drums, and vocalist and harmonica player Mark Feltham. They originally called themselves ‘Stan’s Blues Band’, and for two years built up a local following in London clubs.  The current band members are: 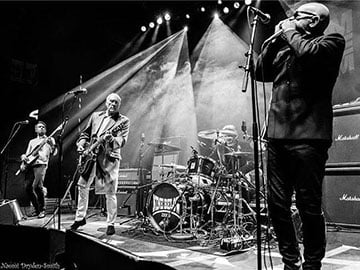 Nine Below Zero appeared in 2021