Mischa Macpherson is a BBC Radio 2 Young Folk Award Winner and will be appearing on the All Time Grates Stage on Sunday 7th.

Having grown up immersed in the distinctive culture of the Outer Hebrides, she unearthed her love for music and Gaelic at a very early age, and it is these influences that the young singer now presents with clarity and tenderness to audiences around the world.

Mischa has performed in Australia, Canada, Germany, Holland, Scandinavia and Romania, as well as to leading UK folk festivals in front of crowds as large as 20,000 people (Fairport’s Cropredy Convention). Her music was brought to the forefront of the UK’s wider musical audience after a live session on BBC Radio 2 and BBC Radio 3 in 2014 and she has since collaborated in a handful of world music commissions with the likes of Galician piper Carloz Nunez and Pakistani siblings Suraj and Chad Khan. 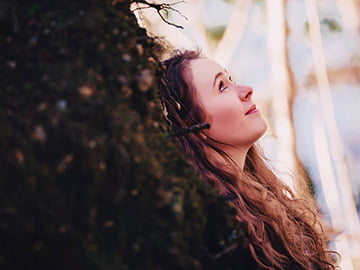