A regular performer with Show of Hands since 2004, Miranda Sykes formed a duo with Rex Preston in 2009 and in just a few years they have developed into one of the most sought-after and acclaimed duos on the English folk scene.

A superb vocalist and double bassist, Miranda surprises audiences with her versatility on the guitar and with her unique interpretations of songs. 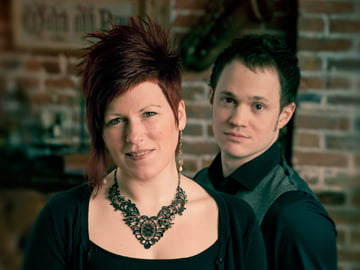