A lot has been written and a lot has been said, whispered, recounted, alleged, supposed and presumed. It’s all quite forgotten now and the songs remain the same, they remain a testament to Mary Coughlan’s seemingly timeless and endless talent. Her smoky, bluesy, boozy drawl has always been a seduction, no matter what the subject. The vocal marrying of sardonic wit, visceral rage, orgiastic between the sheets passion, the tenderest of sorrowful regrets; this is Mary’s talent. Regardless of the elements she chooses to manipulate with flawless ease, Mary’s voice has always been an unforeseen, sudden seduction. This is why she is so loved.

Throughout over 25 years of her quite extraordinary recording career Mary has drawn heavily from her legendary heroes; Billie Holiday’s grievous, teary outpourings, the husky flirtations of Peggy Lee, Van Morrison’s soulful wails, the defiant chanteusery of Edith Piaf. All are present and correct in her delivery. Even so, Mary, with her naked honesty makes every song her own; they belong to her and nobody else. Who else could possibly present “The Double Cross” or “Magdalen Laundry” or “The Ice Cream Man” with such dedication and effortless zeal?

There’s Revolution in the air ! Bring it on

the times they are a changin

So .. I’m constantly amazed at the way politicians sling stupid ,snide remarks at each other even AFTER the people have voted 🗳
They constantly bring up the past .. most talked about is what happened during “ troubles” on this island .. there was war on this island.
FF , FG and the Catholic Church colluded in the Rape , Torture & systematic abuse of THOUSANDS and THOUSANDS of women , men ,children , babies in this country in institutions like Magdalen Laundries and Industrial Schools .. which resulted in many many deaths . Babies buried in septic tanks .. are their lives worth less than any others ?

The UN Committee Against Torture
has given The State of Ireland until
May 20 to respond to the charges of “torture and other cruel , inhuman , degrading treatment by The State “
Elisabeth Coppin is an extraordinarily brave women ..

It seems to me that FF & FG continue to act ,when in government in a cruel and inhuman way towards all the vulnerable citizens in this country .. ... See MoreSee Less

I think ff and fg have so many skeletons in the closets ... they are afraid of someone else getting in and discoverng too much ...

Sinn Féin are trying to normalise the atrocities the IRA committed during the troubles. They draw false equivalence between the provos and the early 20s. This is wrong. At least people are trying to come to terms with the magdaline laundries and those horrendous episodes. Sinn Féin systematically harass Máiría Cahill who was abused by one of their number.

The present reality of TUSLA..is unbelievable and bit fit for purpose.

The GFA signed in '98 was meant to consign all the atrocities committed by both sides to the history books. It was to give Ireland a future. It has worked by and large. Constant carping from FF FG looks like they do not trust the bona fides of the signatories. It's repulsive behaviour. I want another election.

Peace starts from within. Real Leadership of Change is new thinking with no legacy issues. Unless they reconcile difference they will not achieve what Ireland or its people requires. It's a pity the people did not have a different option. All we can do is pray or hope the spirit will guide them. They are so deep in there cause they won't hear the voice of guidance. Www.veronapentony.com

and more than 2,500 murdered / disappeared by Sinn Fein / IRA and Sinn Fein still commemorate the murderers. Families still wanting to recover the bodies of their loved ones.

Well said Mary everyday we hear of homeless people dieing on our streets and people lieing on corridors in our hospitals for days .

THIS is what I missed while you were gone!

Well Mary's back then, a good thing too

The people have spoken out loud for change and it will come....

What gets me is the hypocrisy of FF FG LP who overseen the sexual and physical abuse of thousands for decades in orphanages, Magdalene laundries and schools. And of course the establishment media silently let them away with it. Farcically you'd think ex Senator and councilor Maria Cahill was the only ever victim (even though it was an affair for several months with a married man and her biggest complaint in her hand written letters was that the IRA wouldn't beat him to pulp).

Sad as it seems I think you're right.

We are only sheep to FF & FG take take take

Just a point. The past is not the past for those who hurt. And people should take responsibility. That does not mean we should turn a blind eye to one atrocity or engage in whataboutry. To do so causes further upset. Paul Quinns family for example are still waiting 13 years on on their sons name being cleared. He was beaten to death in 2007 - 9 years after the GFA. What is the justification for people wanting to put that behind everyone when his mother and father are still grieving? And I say that as someone who was also hurt - and as someone who fully supports Ireland taking responsibility for those women gravely hurt in Magdalene Laundries. None of it should be swept under the carpet.

I’m delighted to be back on FB .. as you know FB deleted my account on 14 October.. someone hacked it and posted lots of abusive stuff ..
So .. I’ll be post lots and lots of gigs that are coming up over the next few months!
And my new CD will be finished in time for my birthday “64”
I’m really happy with it .. Pete Glenister ( Invisible and Man of The World ) is producer.. fab 🤸🏾🤸🏾 ... See MoreSee Less

Good see you back Mary! I’ll still need you and still feed you when you’re ‘64’ 🧡

Glad you’re back on Facebook! Looking forward to the new cd and to Sheffield in April - we are bringing the friend who introduced us to your music back in the early 1990s! 🙂

Welcome back Mary. Hope you are well. Hugs and love

Didn’t know that had happened X

Ah was looking for a free ticket in park inn. Paul's malcolm sister living in Dundalk. Went to press with your younger sister. Next time in louth remember us galweigan. X

Delighted your back Mary!! There are some nutters out there!!

Great news all round! x

Delighted to see you back Mary, what class lady you are🥰

You were missed 😂. Great gig in Draioct last week...you were in rare form...giddy as hell!!

Hurray. Get the news out there Mary’s shows are stronger than ever. Ride on! Looking forward to “64”. And more.

Wondered why you weren't around! Welcome back.

Welcome back Mary. Hope you and all your family are well. X

Great to hear about your new record. Looking forward to seeing you again in Buxton!

I didn't know, but hadn't seen you on it so long I figured something like that. Dang begrudgers!

Great you're back, love that a new CD is on the way!

Good you are back Mary. Best of luck .x

Love your work with Pete, this sounds like such a treat of an album

Looking forward to your new CD,

Good that you are back.

Welcome back Mary, wondered where ya ‘d gone 👍

I wondered where you had got to 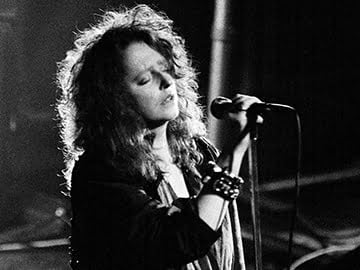