Martyn Joseph is a powerful singer and songwriter gifted with the rare ability to speak to the soul with his expressive and poignant lyrics. With a career spanning 30 years, 32 albums, over a half a million record sales and thousands of live performances, the versatility of his music touches genres of folk, rock, soul, folk funk and Americana, yet somehow all these labels cannot define the spirit of his music.

Compared to Bruce Springsteen, John Mayer, Bruce Cockburn and Dave Matthews, he has created his own style and reputation as a mesmerising live performer and stands in his own right, built on a reputation for giving what thousands have described as the best live music experience of their lives. A unique talent driven by passion, social awareness and love for his trade, his music manages to empower and speak for the many. He’s a jaw dropping guitar player who has developed a unique percussive style, teamed up with a powerful show stopping voice, and has been called “The Welsh Springsteen”.

Martyn Joseph. A unique talent driven by passion and love for his trade, continues to write, sing and play from the heart. It’s a road he’s been travelling for most of his life and, as he often tells his audience, ‘you keep turning up and so will I.’ 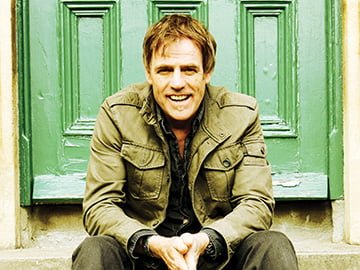