Liam O’Maonlai & Peter O’Toole of the band ‘Hothouse Flowers’ will be appearing on the Sunday.  Hothouse Flowers are an Irish rock group that combines traditional Irish music with influences from soul, gospel, and rock. Formed in 1985 in Dublin, they started as street performers. Their first album, People (1988), was the most successful debut album in Irish history, reaching No. 1 in Ireland and No. 2 in the UK. After two more albums and extensive touring, the group separated in 1994. Since getting back together in 1998, the band members have been sporadically issuing new songs and touring, but also pursuing solo careers. 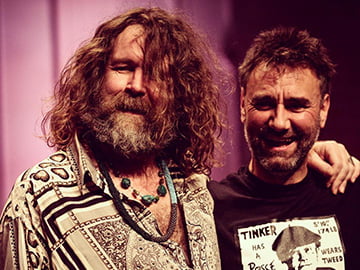