Lau is a British folk band from both Scotland and England, formed in 2005. Named after an Orcadian word meaning “natural light”, the band is composed of Kris Drever (guitar, vocals), Martin Green (accordion, piano, electronics) and Aidan O’Rourke (fiddle). To date, the band has released four studio albums and a live album.

Brilliant musicians, thrilling performers, free-thinking visionaries and all-round good chaps as well…small wonder Lau are regarded as the epicentre of the new folk boom. And they’ve got shelves groaning with awards (BBC RADIO 2 FOLK AWARD WINNERS, BEST BAND, 2008, 2009, 2010, 2013, ALBUM OF THE YEAR 2015 THE HERALD), a forest’s worth of ecstatic reviews and breathless plaudits from excited audiences in various outposts of the world ringing in their ears to prove it.

In December 2007, Lau recorded a live set at the Bongo Club, Edinburgh, and in early 2008, released Live. In 2008, they appeared at the Winnipeg Folk Festival, Vancouver Festival and the Calgary Folk Festival.

In 2009 they released the album Arc Light. In 2010, the group recorded and released a five-track EP, Evergreen, in collaboration with singer-songwriter Karine Polwart.

The band released their third album Race The Loser in 2012. They also appeared on the BBC’s Later… with Jools Holland show in 2012 where they played the tune ‘Torsa’.

“Lau are a remarkable band – the most musically adventurous trio in British folk exquisite and hypnotic, musicianship at its best.”
THE GUARDIAN 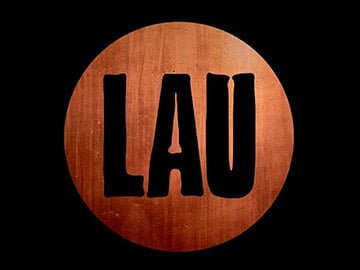