The great Scottish singer and song writer Jackie Leven passed away on Monday, 14th November, at 8 o’clock in the evening. He had suffered from cancer.

In a career stretching over forty years, Jackie Leven has carved an impressive reputation as a uniquely gifted singer-songwriter. From his emergence as leader of the underrated DOLL BY DOLL in the seventies, through well documented addiction problems which Leven overcame with remarkable strength of will, culminating in a solo resurgence through the 1980s to the here and now, Jackie has amassed an amazing body of work – the composer of over four hundred songs, including arguably his greatest song – ‘Call Mother’, from the album ‘Mystery of Love’ (ranked by Q magazine as one of ‘100 Best Albums of All Time’.

If sales didn’t always reflect the overwhelmingly positive critical reception his albums received, he nonetheless remained a perceptive writer and performer. Jackie was imbued with a restless creativity, and always searching for new settings for his ruminative lyrical forays, laced with humour and melodic grace. As a performer, Jackie could enthral and entrance the audience with picaresque tales taken from first-hand experience.

Those that have worked with Jackie will know of his mordant wit and very idiosyncratic world view. His latest release, Wayside Shrines and The Code of the Travelling Man, recorded with multi-instrumentalist Michael Cosgrave was yet more proof of Leven’s enduring talent and inexhaustible creative energies. 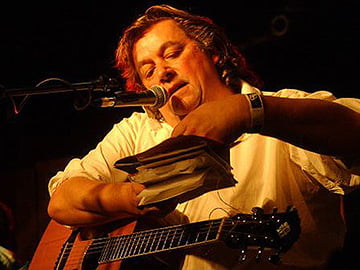