After releasing their debut debut album The Girl I Left Behind Me in 2015 they began extensively supporting and accompanying Midge Ure throughout Europe, Australia, New Zealand and Scandinavia.

With recent live sessions on BBC Radio 2 and 6 Music, performances at Glastonbury and Cambridge Folk Festival, the duo are embarking on their own unique headline tours in association with the award winning Churches Conservation Trust and EFDSS (English Folk Dance and Song Society). A full studio album will be released in Spring 2020 to follow on from their innovative trilogy of EPs EC1M, Seven Sisters & Tablelands. 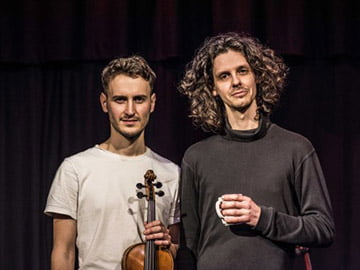