Over the last three decades, Peters has proven to posses one of the most indelible voices in country and roots music in addition to wielding one the genres’ most enduring pens. But in 1996, as she crossed the invisible Music City barrier between writer and performer, few could have predicted what lay ahead. On ‘The Essential Gretchen Peters,’ she combines career-defining tracks with rare outtakes, demos, and B-sides to provide a two-disc snapshot of her remarkable journey as a singularly fearless and creative talent.

Peters first arrived in Nashville in 1987 and quickly established herself as a songwriting force to be reckoned with, with tracks recorded by some of the biggest names in country music. She landed her first #1 with George Strait’s rendition of her “Chill Of An Early Fall,” garnered her first GRAMMY Nomination and CMA Song of the Year win with Martina McBride’s recording of “Independence Day,” and penned hits for Patty Loveless, Shania Twain, Bryan Adams, Trisha Yearwood, Jimmy LaFave, and Etta James among others. “If Peters never delivers another tune as achingly beautiful as ‘On A Bus To St. Cloud,’” People Magazine wrote, “she has already earned herself a spot among country’s upper echelon of contemporary composers.”

All the while, though, she had bigger plans for herself.

Gretchen Peters is a songwriter and an artist. Both sides are essential to her identity, and one listen to this collection makes it clear that her extraordinary body of work is indeed essential listening for the rest of us. 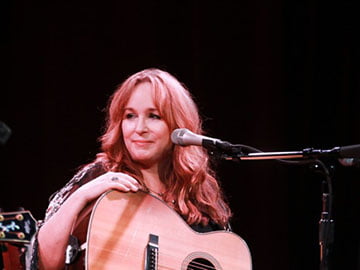