Gaz Brookfield & The Company of Thieves

Gaz Brookfield made his debut at Wickham Festival in 2017, performing a solo accoustic set.  His performance caused quite a stir with many requests for him to return, so he returned in 2018 with his Company of Thieves.  We’re pleased to say he will return for Wickham Festival 2021.  This is one not to be missed!

Since winning Acoustic magazine’s 2010 Singer Songwriter of the year, Gaz Brookfield has spent his time on the road, touring the UK and Europe. In this time he has shared the stage with the likes of The Levellers, Frank Turner, New Model Army, Nick Harper, Newton Faulkner, Miles Hunt, and Seth Lakeman.

Often playing as many as 200 gigs a year, Gaz’s relentless and never-ending tour schedule takes him to every corner of the country and beyond. The last few years saw Brookfield play at over 100 UK festivals, including Glastonbury, Beautiful Days, Bearded Theory and many more, firmly cementing him as a festival favourite for the future.

His latest studio album I Know My Place is out now, available on CD, limited edition 12″ Vinyl and digitally from Bandcamp. All of Gaz’s previous albums are available digitally on Bandcamp, iTunes, Amazon and many other digital outlets. 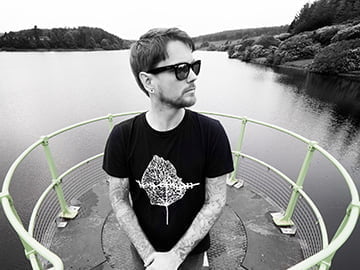