Growing up in South London it all started when Gary started to play around with his sister’s humble Spanish guitar. Though left handed and unaware that guitars were ‘handed’ he didn’t let the fact that the instrument was a right handed one stand in his way, and to this day plays a guitar strung for normal right hand use – left handed, ie upside down. Few others play this way although the late, great, blues player Albert King was similarly afflicted.

On the basis of knowing no more than the riff to Willie Dixon’s Spoonful, Gary got the job in his first band, The Breath Of Life. Together with a bunch of local Streatham musicians, his next band, Garfield Row, was formed …. a semi-acoustic folk rock band who played regularly in a local pub owned by the father of the late ex-Jethro Tull bassist, Glenn Cornick. Glenn gave the band much encouragement, lending them some top class amps & guitars. They eventually went their separate ways when Glenn pinched the band’s vocalist/guitar player Jon Blackmore and Gary went on to sustain work as a musician in a variety of bands from Blues/Rock to Folk/Rock to Soul, to playing in a Country band at Wembley Arena, to writing/performing in Rock band Panama Scandal.  He then joined long running Blues/Rock band, Sam Apple Pie, later known as The Vipers. Alongside this, Gary and his old mate and songwriting partner, Steve Gurl, landed a separate recording contract and together with the third partner in the songwriting team, Hilary – Gary’s late ex-wife, a publishing contract.

Gary met Dave Kelly when they both played in a band put together by Wilgar Campbell, the ex Rory Gallagher drummer, called The Wildcats.  He then played bass on a track on Dave’s Willing album and was suggested by Dave for the bass job when, together with Paul Jones & Tom McGuinesss (ex of Manfred Mann), plus ex John Mayall/Eric Clapton drummer Hughie Flint, The Blues Band first got together.  The success of The Blues Band was almost instantaneous and they were soon playing to packed houses, releasing their first album, appearing on TV and radio regularly, including the celebrated Euro-wide Rockpalast, and headlining at Glastonbury. Twenty plus albums & countless tours later the demand continues to grow for their special & personal interpretation of the blues, thousands of excellent reviews have appeared in a variety of publications and early editions of their first album are now collector’s items. Still going strong, new chapters are still to be added to their story in the 21st century. 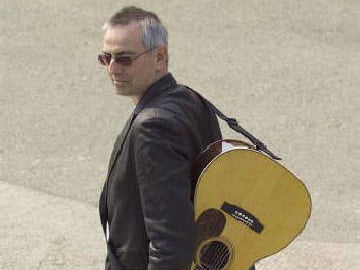