There are many who find themselves described as stalwarts, some for the rugged determination to keep slogging away and others because they contribute so much to stay actively involved on a whole range of levels, keeping sharp artistically and selflessly championing others who deserve attention.

Findlay Napier is one of the most highly-regarded performers and creative forces on the Scottish music scene – thoroughly active and a truly energised with a heart-warming zing.

He made his name touring and recording with multi-award winning traditional Scottish folk band Back of the Moon. In his more recent projects “Queen Anne’s Revenge” and “The Bar Room Mountaineers” his song-writing took centre stage and was described by The Sunday Herald as “Genuine songcraft and wit following in the Difford & Tilbrook tradition”. Findlay is also well known for hosting Glasgow’s premier open mic night at Bar Bloc, as the host of Celtic Connections’ Late Night Sessions and for his Hazy Recollections concert series which showcases the very best in new roots music. 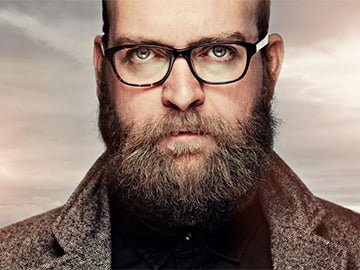