Fairport Convention has been entertaining music lovers for over half a century. During that time the band that launched British folk-rock has seen many changes. But one thing has remained the same – Fairport’s passion for performance.

Fairport Convention have won a BBC Lifetime Achievement Award and Radio 2 listeners voted their ground-breaking album Liege & Lief  ‘The Most Influential Folk Album of All Time’. Their story has been celebrated with television documentaries on BBC Four and Sky Arts.

“Stuffing their set with a surprising amount of new material for a vintage act, Fairport are still clearly having fun and brought the house down.”
The Guardian

“Fairport is an institution, a festival, purveyors of memories, and keepers of the folk flame. But most of all they are a brilliant live band.”
Folk & Tumble

Sadly Fairport’s fantastic annual Cropredy Convention festival has been cancelled this year. They were left with no other choice than to postpone their festival until 11-13 August 2022. Very kindly they have agreed to appear at Wickham Festival 2021. 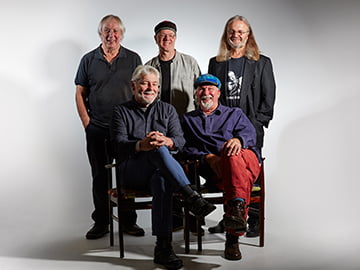