Ewan McLennan has, in a short space of time, come to be known as a guitarist at the forefront of his generation; a troubadour, balladeer and storyteller cut in the old style; a singer that can move audiences with his passion and pathos; and a songwriter for whom social justice is still a burning issue.

By the time he began playing the folk and acoustic music clubs around Britain in 2010 he’d already been playing music for years – guitar and piano and all kinds of styles but with a strong interest in folk songs. 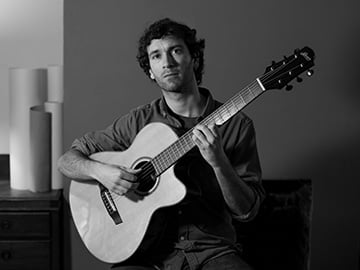