If there is one musician who embodies the dynamism and vitality of the current English folk revival, it’s Eliza Carthy. Beloved of staunch traditionalists and iconoclasts alike, Eliza’s music effortlessly crosses boundaries of genre and style. Whether performing a centuries-old ballad or a self-written song, her powerful, nuanced voice, fiercely beautiful fiddle playing and mesmerizing live performances have influenced a whole generation of young musicians.

Describing herself simply as a “modern English musician”, Eliza Carthy is one of the most recognisable faces in British folk. Launching head-on into the scene in the early 90s, she quickly became one of its great innovators. She has spearheaded the re-emergence of English traditional music as a vibrant, exciting genre that could stand proud next to other world musics. At 39, with a wealth of experience under her belt, Eliza’s talent has matured and is flourishing. She continues to bring new audiences to English folk through well-judged collaborations, recordings and performances. 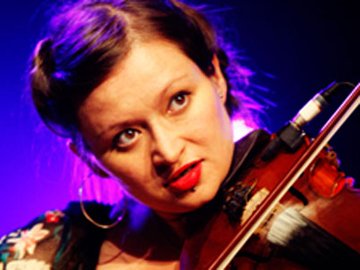