Duncan Chisholm is one of Scotland’s most recognised and accomplished fiddle players and composers.  Born and brought up near Inverness in the Highlands of Scotland, Duncan has spent most of his life developing his unique musical voice.  Fiddle playing at its best, Duncan’s feather-light handling of dynamics and ornamentation, allied with his pure-distilled tone, lend his characteristic spine-tingling magic to his music.

Taught to play by the great Donald Riddell, few can match Duncan’s expressive feel for a Highland air.  Duncan’s well-established musical career has taken him throughout the UK, Europe and the USA, both through his solo work and while playing with other musicians and bands.  Duncan plays regularly with gaelic singing sensation Julie Fowlis, sets the heather on fire with his folk rock band Wolfstone and is much sought after as a composer and accompanist. 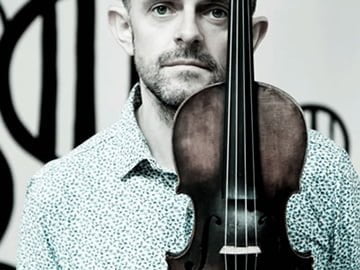