Over the last 10 years, Dave has established himself as a reputable singer/songwriter who has developed his own brand of British-infused Americana. Dave is as authentic as they come, and his music, live shows and personality have attracted a loyal community of music lovers.

As a result of this loyal support, Dave has been able to self-fund and release two full-length albums. The most recent ‘Tennessee and 48th’, was recorded in Nashville, Tennessee in January 2018 after an 8-month fundraising campaign that raised £23,000. He has also self-produced and released eight EPs, been on numerous tours around the UK, Europe, Ireland and Australia. He also has his sights firmly set on touring in North America.

To celebrate his 10th anniversary as a singer/songwriter, Dave has announced that he will make his next album in the most famous recording studio in the world.

Recording a full-length album at Abbey Road Studios is a huge undertaking that will require nearly double the funding of Dave’s Nashville album. But it is under this kind of pressure that he produces his best work, as he aims to exceed expectations.

In a year when the Grammy award for Best Album was won by an album recorded in a bedroom, some will argue that no one needs to spend thousands of pounds making an album anymore, nor does the location of recording determine the quality of what is produced. But Dave knows the value of Abbey Road’s history and is excited about forming a connection with those who came before him. Paying tribute to the experiences that inspired this next venture is a noble mission, and Dave will move forward as an advocate not only for quality but also for an endeavour we can all believe in. 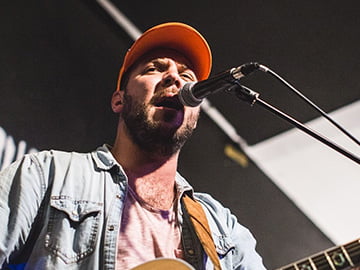