Galician multi-instrumentalist Carlos Nunez is probably the world’s most famous player of the Gaita, traditional Galician bagpipes. Born in Vigo in 1971, he is steeped in the rich celtic culture of the north-west of Spain.

That celtic influence is clear in his collaborations with The Chieftains and Sinead O’Connor among others as well as in his most recent album Inter Celtic.

Hailed as the “Hendrix of the bagpipes” he began playing the instrument at the age of eight and has since added many other whistles and pipes as well as the ocarina to his wide repertoire, staying true to Galicia’s rich heritage while exploring new dynamic directions. 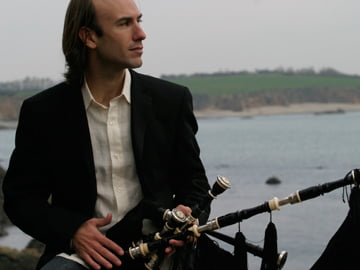