York-based Polly Bolton first picked up the mandolin as a child and has been touring internationally in various line ups since her early teens. She is one third of progressive bluegrass / acoustic trio Stillhouse and has performed at festivals including Wilderness, Boomtown Fair, Deer Shed, Festa do Avante! (Portugal), Beverley Folk Festival, Musicport, Towersey and Broadstairs Folk Week, as well as support slots with Tcha Limberger & Mozes Rosenberg, LAU and Hot Club of Cowtown. Polly is endorsed by Eastman Guitars and is their only UK-based mandolin player.

Polly & Bella first jammed backstage after a show in York in the autumn of 2017 and the project grew from there. A great musical friendship, they work collaboratively, arranging material led by powerful vocals and glittering instrumental collaboration. 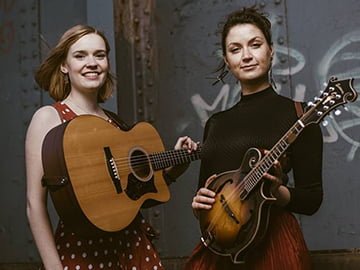