Established in 1996 this multi-instrumental and vocal sextet have been credited as playing a key role in”….establishing the rightful importance and place of Wales within Celtic music and helping to put it well and truly on the musical map….” Living Tradition Magazine.

The 2016 release “NEWiD” is their sixth album for Steam Pie Records. 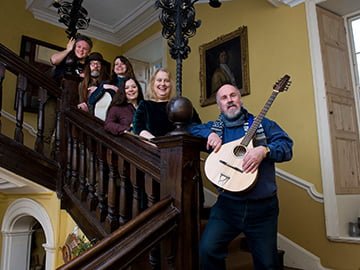