Leo Sayer almost needs no introduction. He is held in great esteem as a live performer and recording artist by all age groups – from 6 to 60. This is as much due to his appearing famously with the Muppets, the Wiggles and on the Charlie’s Angels Soundtrack, as the countless hit songs he has written and recorded throughout his 40 plus years career.

From the Olympic Stadium in Moscow, through New York’s Central Park, the Greek Theatre and Universal Amphitheatre in Los Angeles, the Las Vegas Hilton, Wembley Arena and the Royal Albert Hall in London, to the State Theatre in Sydney, the Hamer Hall in Melbourne and the Olympic Stadium in Chengdu, China; in concert Leo has played the lot!

Add to this the fact that he writes almost all of his own material and you can see why Leo is the consummate musical act on record as well as onstage.

Gerard Hugh Sayer (to give him his original name) was born in 1948 at Shoreham-by-Sea, Sussex, England. After studying graphic design at Art College, he worked in his late teens and 20’s as a Graphic Designer and Illustrator in London, playing blues harmonica by night in folk clubs.

He met co-writer David Courtney in 1971 and shortly afterwards, with a name change from Gerard to Leo, signed a management contract with British 60’s pop icon Adam Faith.

The trio’s first success came in 1973 when The Who’s lead singer Roger Daltrey based a debut solo album around Leo and David’s songs. 1972’s “Daltrey” led to Adam and David producing “Silverbird”, Leo’s first album release in 1973, which had the breakout hit: “The Show Must Go On” featuring Leo dressed in the costume and white make up of Pierrot. The album and single both hit the UK # 2 slot.

Leo’s star continued to rise in 1974 with a second album, “Just A Boy”, the Pierrot image now discarded. From this the singles “One Man Band” and “Long Tall Glasses” (a US # 7), and “Train” became international chart hits. He toured the States and Australia for the first time that year, and the impact of that first tour of Australia has endured to the present day. Further success ensued with 1975’s “Another Year”, which spawned the classic hit single “Moonlighting”.

A major turning point in Leo’s career came in 1976 with his premiere American album, “Endless Flight”. This gave him his first US # 1 with “You Make Me Feel Like Dancing”, a crossover R&B dance hit which also won him a Grammy Award. Then Albert Hammond and Carole Bayer Sager’s “When I Need You” went on to do the same. The album was a worldwide success, with “How Much Love” also hitting the top of the charts.

In 1977 Leo followed this up with “Thunder In My Heart” – and a later remix of the title track became “Thunder In My Heart Again” went to UK No.1 as recently as 2006. Then, in 1978, Leo released “Leo Sayer”, which included further hits like “Dancing The Night Away”, “Raining In My Heart”, and “I Can’t Stop Loving You”.

Leo by now was living in the USA, where two more hit albums were created: “Here” in 1979, and “World Radio” in 1983. He was not only on the road in the USA, but jetted all over the world from his L.A. base to play concerts in the UK, Australia and Europe, especially in the UK where he starred in his own TV series for the BBC.

While visiting England, Leo had recorded “Living In A Fantasy” in 1980, and a single from this album: “More Than I Can Say”, put him back on the top of the worldwide charts. Working with producer Alan Tarney at the time, he even found time to pen a top ten hit for Cliff Richard, with “Dreamin’” in 1981.

More hits followed: “Orchard Road” in 1983, along with “Have You Ever Been In Love”, featured as the title track of another hit album released that same year.

In the international music charts there have been more than twenty top ten singles and five top ten albums in Leo Sayer’s illustrious recording career. Add to this the hits written for Roger Daltrey, Cliff Richard, Three Dog Night, Tina Turner, Gene Pitney, Jennifer Warnes, and Dolly Parton. It proves his prowess as an internationally acclaimed and talented songwriter.

In 2013 Leo has celebrated the 40th Anniversary of his first record release with a very successful tour of the UK and Ireland, and the UK release of a Box Set – “Just A Box” – comprising of all his studio recordings (14 albums and 162 tracks).

In 2015 he released “Restless Years” and toured Australia and the UK to over 60 sell out concerts. He followed up with a 2016 summer festival tour and a 30 date tour of the UK in 2017 and has his 2018 UK theatre & Festival tour on sale already.

There’s no sign of him slowing down either. At 69, his energy is as strong as ever, constantly touring around the globe, songwriting and recording a new album.

Leo is a busy guy who loves his life and work, and lives for entertaining audiences and music fans around the globe, totally determined that whatever happens – “The Show Must Go On”. 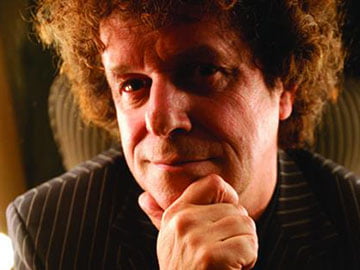 We would like to thank you all for your kind generosity in making FireAid2020 such a success!!!! www.youtube.com/watch?v=p-mqj_SSo5M&fbclid=IwAR3XkvY7lazFjTewntNsCfcNI-7sQyVERdO1hI7My_ko9PqxfWEH... ... See MoreSee Less

A beautiful generous creative soul with the best voice and personality

This is awesome! Thank you Leo Sayer 💕❤️💕

And we would like to thank you Leo, what a great job you have done

Great review of FireAid2020 - what a fantastic way to start the year!!

Bowral's FireAid 2020 shines a light on bushfire heroes and survivors

Brilliant Leo, and others who took part! 🌟

Wow look at the crowd Leo, you are amazing what you have done, your efforts will have helped so many, well done to you and every single person involved who helped arrange this fantastic event wish I had been at the front to see it all. Bet it was a great atmosphere, look forward to seeing you in the UK.

AMAZING, WELL DONE LEO AND ALL MUSICIANS AND SINGERS INVOLVED IN THE EVENT. Looking forward to seeing you in England this year??xx

Thank you so much !, it was a brilliant night/day!! The vibe was terrific ,Elvis flying overhead! You guys belting it out and the crowd in raptures!. I am one of your greatest fans Leo I was front and centre mosh pit it was terrific . How good was Jeff Duff! Last minute and a blast !! You are all hero’s from one local to another thank you so much! Ps sometimes your in the line at Harris farm and I struggle not to say Hi 🤩

Well done Leo and all involved ,you are a legend x

We are blessed to have the likes of you in Australia Leo!

So proud of my friend and neighbour John Waters for setting up this incredible concert. He phoned me on Christmas Day and asked me if I’d like to help, to be involved. Since then we have been working flat out together to get last Friday’s amazing event up and running. Thanks to all who attended and all who helped put this together. We raised so much money for our community and our firefighters, and it’s still coming in. Over to you John... ... See MoreSee Less

Leo it was a great night of community spirit. The atmosphere between you and all performers and the audience was something very special. I have represented Australia on the world stage in Europe and Canada at music festivals and felt it could not get any better but on Friday night it did get better. What a great and caring community we live in. You and John were amazing to put it together so well. Sharron and I spent the day in Bowral and everyone in the shops said they love you and Donatello coming into their shops but most had not seen you live before. We travel to most of your shows and know how good you are , but now your community do too. Leo I know it would be difficult to fit into your busy touring and recording schedule but please mate try to do another show locally in the future. Your old mates David and Sharron from just down the road a bit.

Glad I could donate my time to help working security for this gig. I have done many of gigs over the last 10 years and this was one of the most uplifting, fun, community spirited event I have worked and I am glad I did it, thank you for putting on a awesome event

Would be interesting to know how much you all raised.....So we can tell the world what a great success it was....Well Done Leo and everyone else involved..

I am so pleased it went well for you Leo, been following all posts, congratulations on all you have achieved,

Well done to all xx❤️

Legends 👏👏👏 very appreciative of what took place, it brings people together in hard times- music is good for the soul

Leo you are a true Legend

Thank you to everyone involved ,

The show WILL go on xx

And good on you Leo for lending a hand!